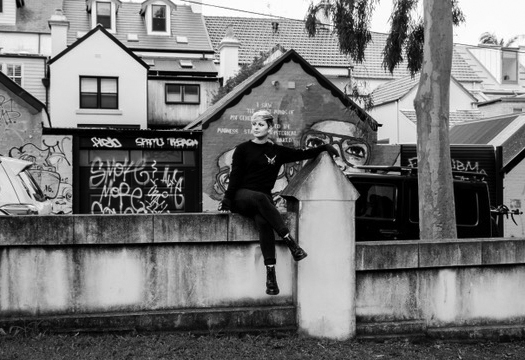 When I did my first yoga teacher training course in 2008, I was experiencing one of the greatest conflicts of my life – I was feeling seen for the first time in my life within this spiritual community that celebrated my differences, encouraged my vegetarianism and gave me confidence to explore movement outside of a fitness environment. But I was also 19, in a new relationship and seduced by the city lights that I had just entered into, having moved from the country only 6 months prior.

I remember the first weekend of my teacher training: I went clubbing on the Saturday night. It was my first time ever at a gay bar AND the first night I ever heard Lady Gaga’s breakout single “Just Dance”. I was closeted at the time, and was feeling the tug in multiple directions – yoga, partying, wtf is my sexuality and who the fuck is Lady Gaga and why can’t I stop playing this song??

I finished this first teacher training course 3 months later, and between babysitting gigs, selling lingerie at the airport (that’s a whole other story) and moving in with my stoner boyfriend, my yoga practice fell to the side.

At the end of 2010, when I returned home from a year of backpacking; tired, broke, heart- broken and still sexually confused, it was yoga that gave me structure and confidence again. I spent the summer working multiple jobs, rolling out my mat and exploring my options. I gave myself a dykey haircut and finally told a girl that I was into her. Then the weekend before I was about to start a TAFE course to become a librarian, I was invited to volunteer on a yoga retreat and my life changed forever.

Although I had done a 200hr yoga teacher training, I did not feel equipped yet to teach. So on this retreat, I was encouraged by one of my fellow teachers (someone much older, with an assertive personality) to “go to New York! Go become a Jivamukti Teacher! I’m opening up a Jivamukti school in Sydney and if you go do the training, I’ll give you a job.”

Wow. For real? They were for real.

So, I went home to my parents’ house that Sunday and told them that I was buying a flight to the States, and two months later I took off and completed the training that formed the foundation of my career.

What I discover over and over again is that yoga ebbs and flows in and out my life, and has from the moment I first set foot on the mat. Whenever I really need to practice, I do. Yoga may not always have been my priority, especially during my party days, and even now I go through periods when āsana is not my main practice. Meditation is my steady, reliable, non-negotiable. But when I get down on myself for not having done a down dog for a while, I try to remember that I will always return, when the time is right. Just like I know that Lady Gaga will always release a new banger when I’m least expecting it (‘Rain on Me’ – I’m looking at you).